The Library has a single user subscription to Newspapers.com.  Please contact the librarian for login information.

"EH" is short for "economic history" and this site is sponsored by several scholarly associations. Besides "Measuring Worth" (see above), this site has archived data from a number of scholars. Most data sets are about America or Europe in the 19th & 20th centuries. There is also a list of ongoing projects and data sets archived elsewhere.

IISH List of Datafiles of Historical Prices and Wages

Consists of a handful of datasets created by individual scholars. The data include exchange rates, prices, and wages.

"The National Historical Geographic Information System (NHGIS) provides, free of charge, aggregate census data and GIS-compatible boundary files for the United States between 1790 and 2011." Note: Statistics for more geographic areas are available in the printed or online volumes on the Census Bureau website.

Publications of the U.S. Bureau of Labor Statistics

1790-2006. This site combines data from the U.S. Census of Population and Housing & the American Community Survey (ACS) with a user friendly interface allowing the creation of maps & statistical tables. Census Tract boundaries are available back to 1940.[

National, state and county-level data and maps of presidential primaries and elections 1789-2004. Note: maps are colored red for Democrats and blue for Republicans.

A searchable collection of election returns from the earliest years of American democracy.

Originally constructed by economists at University of Pennsylvania and now a collaboration between University of California, Davis and the University of Groningen. Three databases on historical economic development. Data sets within provide long time indicators of economic growth for a wide set of countries--some data extending as far back as 1 AD.

Presents statistics on the U.S. transportation system, including its physical components, safety record, economic performance, the human and natural environment, and national security.

Must be on campus to use this search box 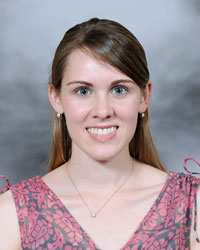 Librarians can help you: